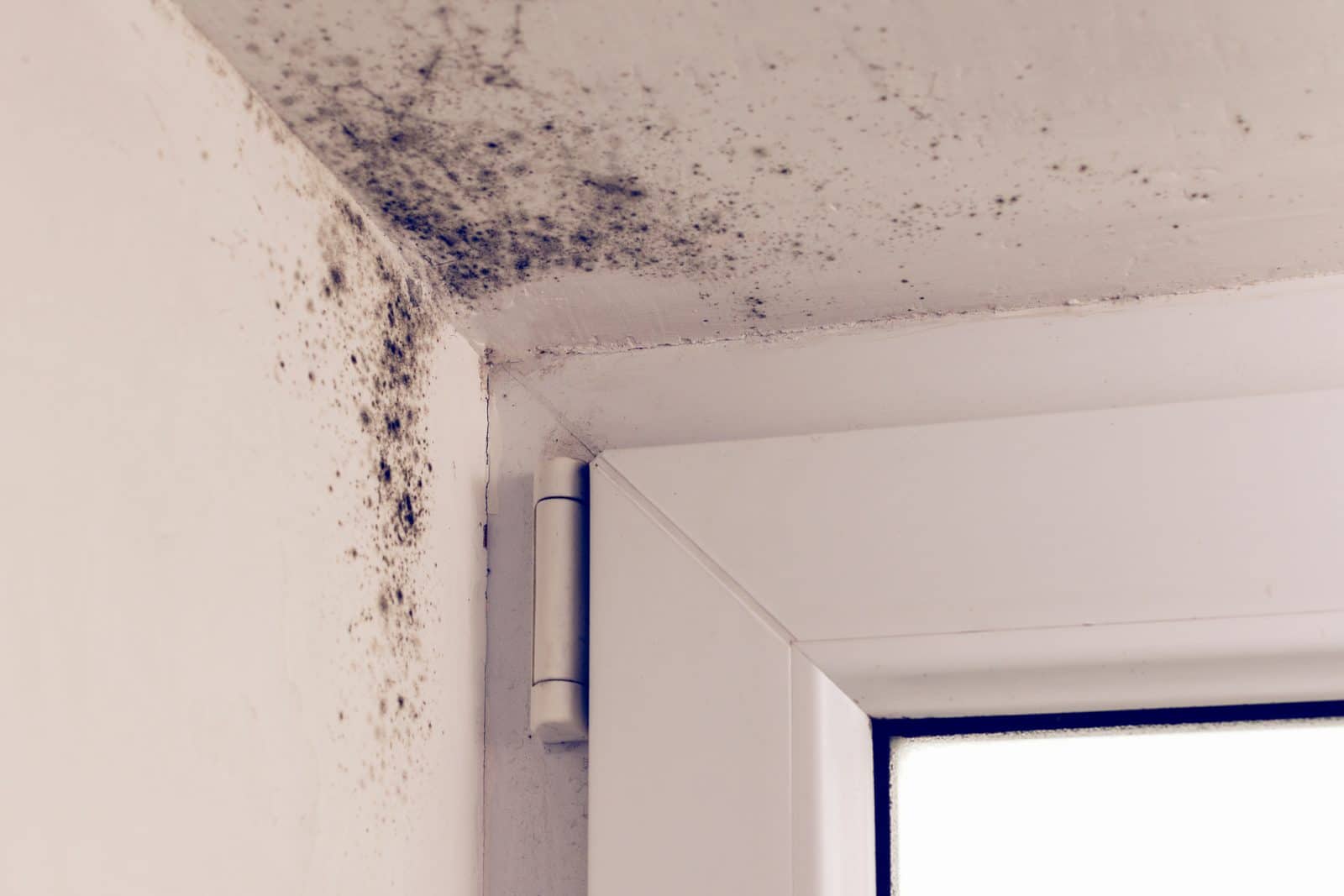 Damp is often not damp. It's condensation.

At HomeForce we are often contacted about “damp” in Edinburgh properties. However, more often than not, the issue is actually one of heating and ventilation. Not a damp issue at all.

This issue is most frequently seen in rented properties and relates to “damp” in bedrooms and bathrooms. The number of calls we get for this issue increases as the weather turns cold.

In this article we explain why, most of the time, the issue is not “damp” and what can be done to prevent it.

The “damp” HomeForce is most often contacted about manifests itself as discolouration or black mouldy areas on walls or ceilings.

In bathrooms this often appears in showers, on ceilings or above windows. In bedrooms “damp” will appear behind furniture (particularly if it is against an outside / external wall) or below windows.

These damp patches are caused by warm, moisture laden air meeting a cold surface (often an exterior wall) where the water in the air condenses. Without suitable air circulation (ventilation) the wet air doesn’t dry and, over time, discolours the surface it condenses on.

Left unchecked it can lead to wet rot as well as creating an unhealthy living environment.

Why does it happen?

There are two main reasons why this happens and why it happens particularly in colder months:

These are the places where there is most likely to be warm moist air meeting cold surfaces.

During winter people sleep with bedroom doors and windows closed. When the heating goes off at night (as it is timed to do in many properties) then the moist air breathed out is relatively more warm than the air of the room and so the water vapour condenses more readily on the cold surface it lands on. An example of this is the condensation you will see on a window in the morning when you open your curtains. That condensation, for the most part, is water vapour breathed out as you sleep at night.

The other room of the house that often has a lot of moisture in the air is the kitchen. However, in a kitchen there are factors that prevent “damp” appearing so often:

How can “damp” be prevented?

For landlords (and anyone really) the answer is in the Scottish Government’s Private Residential Tenancy Agreement in clause 17 which says that tenants must “keep the Let Property adequately ventilated and heated;”.

How can Landlords enforce this?

As mentioned at the start of this article most frequently HomeForce is asked about the issue of “damp” in rented properties. So how can landlords ensure it doesn’t become an issue?

What else can be done?

There are larger scale works that can be done to a property to help prevent the damp build up. These are relatively expensive projects to undertake.

These options have pros and con’s and are subjects too large for the scope of this article.

What if there really is a “damp” issue?

The most common “real” damp (or water) issues that we, at HomeForce, come across are:

Explaining these issues further is again beyond the scope of this article but each would require a specialist tradesperson / contractor to rectify. Which HomeForce would be happy to provide.

If you do require a tradesperson to: